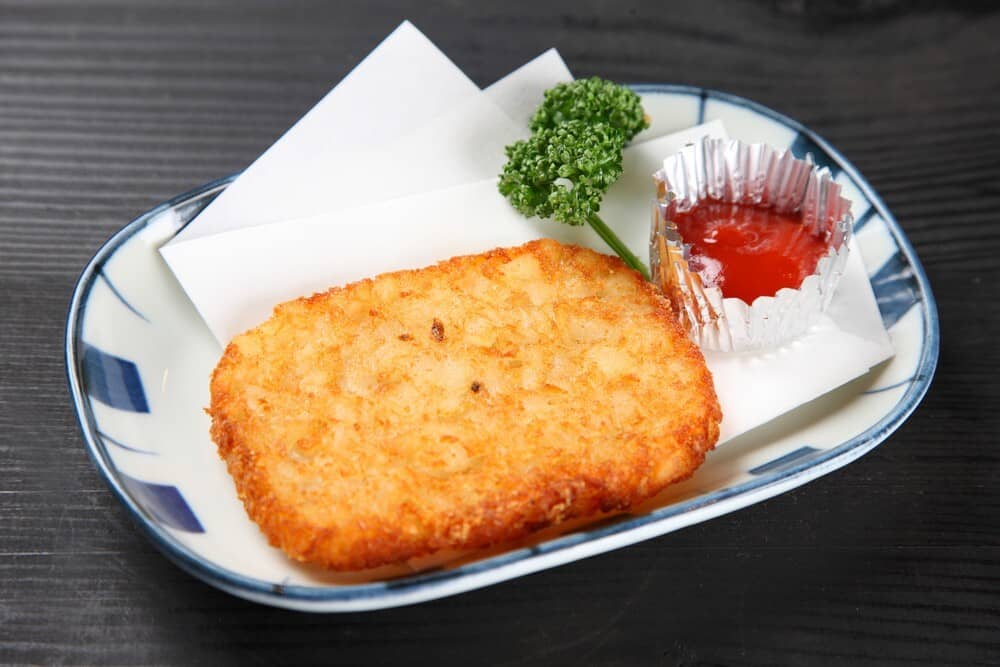 One of the controversial foods that are popular around the world is hash browns. Crunchy, crispy, and tasty that make them an option for breakfast and dinner.

Americans like starting their day with hash browns. Are hash browns healthy? This is the most common question that many people ask. Let’s know more about hash browns.

What are hash browns?

Hash browns are a popular American dish, which is mainly made of chopped potatoes, pepper, and salt. There are many ingredients that are added too such as flour, eggs, and more. Americans usually like to eat hash browns for breakfast.

The main ingredient of hash browns is potato, which is a healthy vegetable that contains healthy nutrients. So, it depends on the way in which you make them. If you prepare it without oil and add more vegetables, they will be very healthy.

So, let’s talk about the healthy nutrients that are found in potatoes, which are the main ingredient in hash browns.

Potatoes contain resistant starch that causes less gas than other fiber types. It also helps improve gut health.it plays an important role in preventing and treating constipation as well. Potatoes are considered one of the best foods that help you keep full longer.

The presence of potassium and magnesium in potatoes helps lower blood pressure, which reduces the risk of heart disease and strokes.[1]Starchy Carbohydrates in a Healthy Diet: The Role of the Humble Potato – PMC (nih.gov)

Alpha-lipoic acid is a compound that is found in potatoes that works to convert glucose into energy.

How unhealthy are hash browns?

As I mentioned above, potatoes are the main ingredient of hash browns, which are considered healthy vegetables that have useful benefits for health. But, the other ingredients in hash browns can be unhealthy and if we want to decide if hash browns are healthy or not, we have to know about these ingredients.

Hash browns are loaded with oil, which means that they are high in fat. In addition, deep-fryer fats are not healthy and cause many health problems. According to studies, eating starchy fried foods can increase the risk of cancer, which is linked to early death.

In addition, the regular eating of starchy fried foods increases the risk of diabetes type 2 and raises bad cholesterol levels in the blood, which are major risks of heart disease.

Read Also: Potato starch vs. Cornstarch | Which is Healthier?

To decide if any food is healthy or not, you have to know what the ingredients are in it. Homemade hash browns are basically made at home, which means you know what you use. You can use olive oil instead of vegetable oils.

Also, you can reduce the amount of salt, just add very little amount. Moreover, there will be no harmful additives or preservatives in your hash browns. So, the answer is, yes hash browns are healthy depending on how you prepare them.

Frozen hash browns are common around the world because they are easy and save time but they are pre-fried which means they are high in fat, which is not healthy and causes many health issues.

Also, they contain unhealthy preservatives and additives. So, the better option is to make them at home by yourself.

Hash browns can be made just with potatoes, salt, and pepper. So, the ingredients are gluten-free. But hash browns that contain flour island breadcrumbs in it certainly contain gluten.

So, if you are allergic to gluten, you have to check the ingredients well to make sure that they do not contain wheat.

Yes, this is because the basic ingredients of hash browns are potatoes and onions, which are vegan foods. McDonald’s hash browns in the USA contain milk, which means that they are not vegan. So, it depends on the ingredients which are in them.

If you follow a healthy diet, you can also eat whatever you like, but remember, everything in moderation is good for you. Hash browns are delicious and they can be healthy as well if you learn how to prepare them. To sum up, learn to make sensible choices from a confusing array of options.

Why Committed Females Drink Much More Than Their Own Single Alternatives