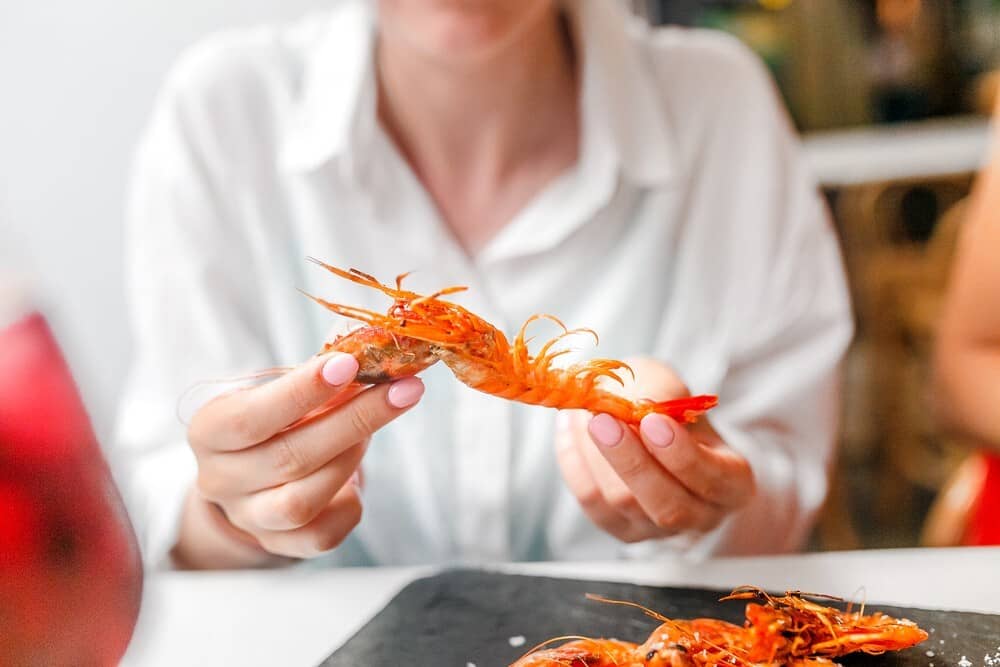 Shrimp is among the most popular seafood that is used around the world due to its delicious taste and its wide range of health benefits. It can be cooked in different ways that satisfy all tastes.

It was noticed that the countries that include seafood more than red meats in their diets like the Mediterranean countries, enjoy better health and live longer. That’s due to the healthy nutrients that are in seafood that have a positive impact on overall health.

It’s a challenge for diabetics to choose healthy foods that do not negatively influence their diabetic symptoms. Shrimp is a safe option for them. It’s considered healthy and delicious as well. It contains healthy nutrients that support their health and helps maintain their blood sugar levels.

Table Of Contents hide
1 What is shrimp?
2 Health benefits of shrimp
3 What are the side effects of eating shrimp?
4 Shrimp for diabetics
5 How much shrimp can a diabetic eat?
6 Different methods for cooking shrimp
7 Common questions
7.1 Can you eat shrimp every day?
7.2 Is it safe during pregnancy to eat shrimp?
7.3 Is shrimp cocktail healthy for diabetics?
7.4 Is frozen shrimp healthy?
7.5 How long do frozen shrimp and fresh shrimp last?
7.6 Which is healthier, fresh shrimp or frozen shrimp?
7.7 Does eating shrimp cause high blood pressure?
8 Last Words

Shrimp is a kind of shellfish, which is commonly consumed around the world. There are many species of shrimp, but most of them live in saltwater. On the other hand, there are some species that live in freshwater. There are many sizes and colors of shrimp, and they can be cooked in different ways.

Shrimp is not delicious only but it has a wide range of health benefits including:

What are the side effects of eating shrimp?

Shrimp is a low-carb food and a good source of omega-3 fatty acids, which are considered healthy fats that are allowed in the menu of diabetics. Shrimp does not negatively affect blood sugar levels due to the very low carbs content. In addition, it is a good source of healthy fats and protein, which are essential for maintaining the health of people with diabetes.

Furthermore, omega-3 fatty acids are considered a good type of cholesterol[16]Omega-3 Fatty Acids: An Essential Contribution | The Nutrition Source | Harvard T.H. Chan School of Public Health, which is essential for maintaining diabetic health. It contains anti-inflammatory nutrients[17]https://www.ncbi.nlm.nih.gov/labs/pmc/articles/PMC5352583/pdf/11357_2017_Article_9958.pdf, which play an essential role in reducing the risks of inflammation.

It has been proved that omega-3 fatty acids help improve the sensitivity of insulin, which leads to healthy levels of blood sugar. In addition, they help to repair the damage of the cell membranes, which is caused by diabetes.

Shrimp contains high levels of fats and cholesterol, so it’s important for people with diabetes to eat it in moderation and also to use a healthy way of cooking.

How much shrimp can a diabetic eat?

Diabetics should pay attention when they choose the types of foods that are included in their diet. If we take shrimp as an example, it should be consumed in moderation because it contains fats that can cause increased cholesterol levels if they eat too much of it. Also, it’s advisable for people who have diabetes to eat protein in certain quantities. About 150 grams of shrimp per week are considered acceptable for diabetics.

Can you eat shrimp every day?

It’s not advisable to eat shrimp every day because it contains high amounts of cholesterol. So, eating too much shrimp leads to increasing the levels of cholesterol which is harmful to the heart and causes many health problems. It’s acceptable to eat it twice or three times per week.

Is it safe during pregnancy to eat shrimp?

To answer this question, I want to mention that shrimp contains low levels of mercury compared to different kinds of seafood, so pregnant women can enjoy eating it and getting its health benefits without worrying about mercury content. The healthy nutrients in shrimp play an essential role in supporting a healthy pregnancy and developing the brains of the babies as well. But, pregnant women should eat it in moderation to avoid any side effects.

Is shrimp cocktail healthy for diabetics?

The main component in this dish is shrimp, which is healthy and has many health benefits, especially for diabetics. But, it’s important for diabetics to pay attention to the other ingredients such as the sauce, which is considered high in sugar. So, if diabetics want to eat shrimp cocktails, they have to reduce the amount of ketchup and replace it with healthy ingredients such as lemon juice, parsley, and other healthy options. In this case, they can enjoy the delicious taste of this dish without affecting their blood sugar levels.

Using frozen shrimp is easy, convenient, and fast. It’s safe to eat it but try to buy from a reputable source. The other thing that you should pay attention to, the sodium content. So, read the labels well before purchasing.

How long do frozen shrimp and fresh shrimp last?

First, fresh shrimp can be eaten within two days. For the frozen shrimp, the duration in which it can be eaten is up to eighteen months in the freezer. Always check the texture, smell, and color of it.

Which is healthier, fresh shrimp or frozen shrimp?

Since shrimp is rich in omega-3 fatty acids, which are healthy fats, they help support overall health and maintain healthy levels of blood pressure. It also does not contain trans fat. So, eating shrimp is healthy and helps reduce high blood pressure.

After all, it’s clear that shrimp is healthy seafood that is recommended to be included in your diet for better health, especially for diabetics who will need its health benefits to support their health. Finally, shrimp is a nutritious food and tasty as well. Just remember moderation is the key to better health.

Can You Eat Raw Shrimp? And WHY not?