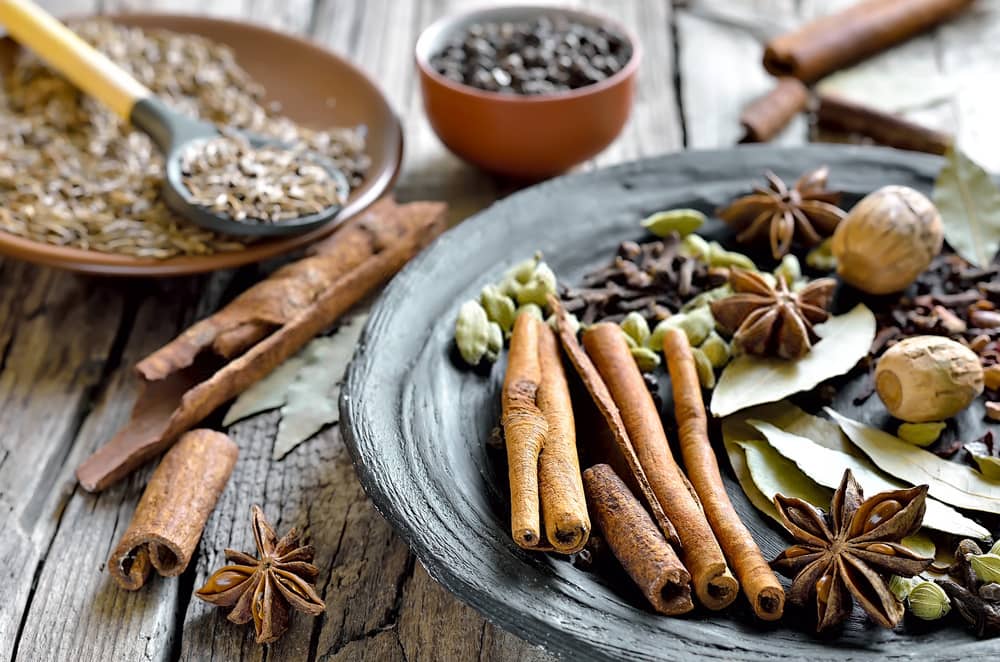 Have you ever wondered why Indian cuisine is so special? The answer is the Indian spices!

Indian cuisine is rich with its various spices, which can transform any dish into a tasty meal and give life to even the simplest ingredients.

Indian food basically relies on the addition of many spices which creates wonderful dishes and if you mix more than one type of spices, the result will be exciting.

Garam masala is one of the unique spice combinations that is used in many different recipes and adds exciting and delicious flavor to them. In addition to the complex warming flavor, it offers many health benefits to overall health.

So, let’s know more about this exciting spice. Does garam masala have health benefits? What are the side effects of it? Is it gluten-free? And more questions will be answered in this article.

What is garam masala?

Garam masala is a blend of many distinctive spices that is a staple spice in Indian cookery.

It provides a warm flavor of spices such as cloves, cinnamon, cardamom, cumin, nutmeg, black peppercorn, bay leaves, and coriander. Other Spices can be added such as caraway, fennel, and mace. 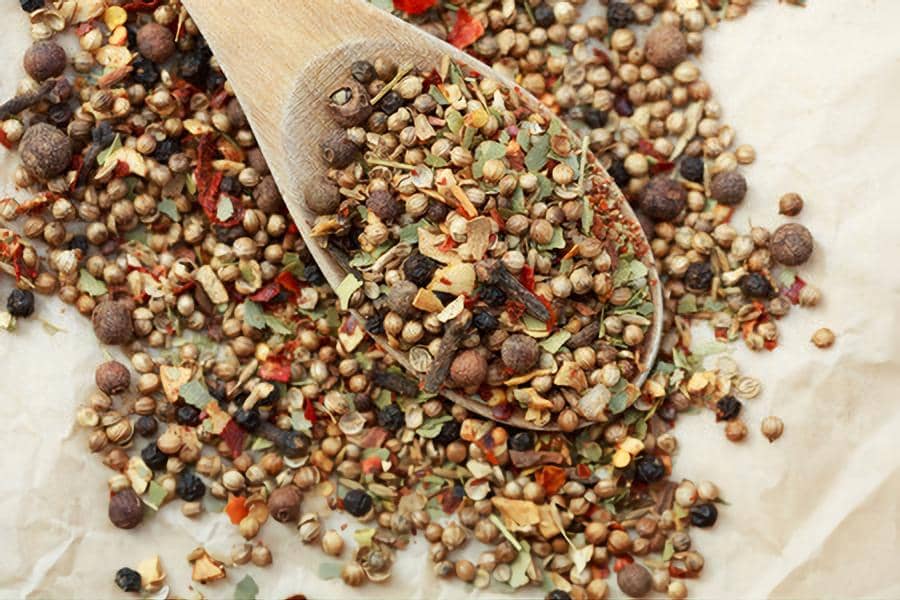 There are different versions of garam masala that vary from region to region. It’s made by toasting and grinding whole spices to give various dishes a slightly spicy and pungent flavor.

You can find packaged garam masala in the markets, but freshly blended spices have a more unique flavor. This aromatic blend of spices is used in many different dishes and recipes, not just Indian food to add extra flavor and aroma.

Sprinkle it on roasted veggies, stews, lentils, or rubbed on grilled meats, and others. It should be added at the end of the cooking process to have the unique flavors of all the spices.

Does garam masala have health benefits?

The unique combination of healthy spices provides the body with many powerful health benefits including:

Let’s start with a major component in garam masala which is cumin, which is known for its positive effect on boosting the activity of digestive enzymes. In addition, black pepper helps promote digestion.

Cumin in garam masala helps fight some types of bacteria and fungal infections and boost the immune system. In addition, cloves and cinnamon have anti-inflammatory properties which are useful for sore throats. All spices that are in this unique spice blend are healthful and boost body immunity.

Cinnamon, which is a major ingredient in garam masala, is known for its ability to lower blood sugar. Moreover, nutmeg also improves insulin sensitivity, which helps in regulating blood sugar levels, which makes garam masala beneficial for people with type 2 diabetes.

Garam masala is rich in powerful antioxidants, which are protective against neurological disorders like Alzheimer’s.

One of the ingredients in garam masala is cloves which contain antioxidants and calcium that help reduce toothache and decay.

The high content of powerful antioxidants helps prevent skin problems and fight inflammation. In addition, these antioxidants play an important role in protecting the body cells from free radicals.

What are the side effects of garam masala?

As it was mentioned above garam masala has various health benefits but the excessive and regular consumption of it may cause some issues including:

Excessive consumption of garam masala may cause this stomach disorder which leads to vomiting, nausea, stomach pain, and appetite loss.

Some people may experience allergic reactions such as skin tenderness, redness, and inflammation.

Why do we substitute garam masala?

The best substitutes for garam masala 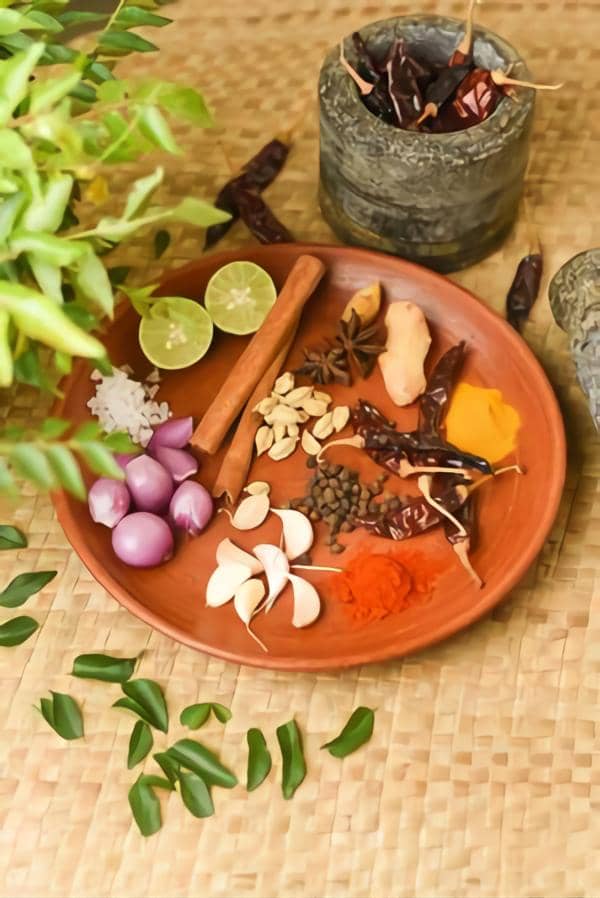 Masala curry powder is an Indian spice and it’s also a mix of spices such as turmeric, cumin, ginger, chili powder, coriander, and black pepper.
It is not warming like garam masala but it can give the impression of an Indian style to the recipe.
The mix of hot spices such as chili and coriander with ginger and turmeric gives a balanced taste that adds Indian style to the dishes. 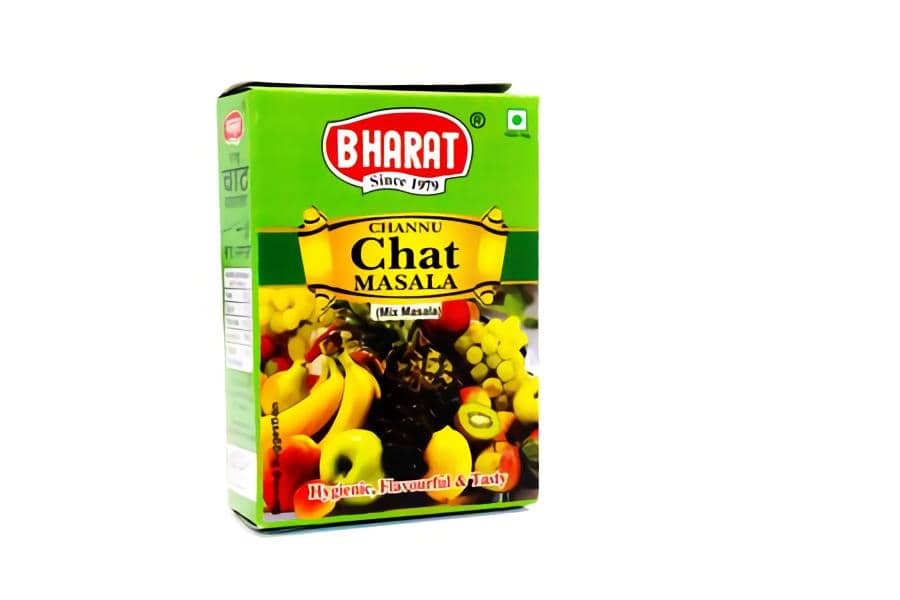 This spice also is a combination of different spices including amchoor, cumin, rock salt, coriander, mint pepper, and citric acid. It can be used in savory snacks, legumes, spicy sauces, and vegetables.
It’s Considered a cooling spice blend that makes it opposite to the warming blend of garam masala.
If you want to use it instead of garam masala in your recipe, make sure that you use the exact amounts that are recommended for the recipe.

It contains a combination of warming spices similar to garam masala which makes it a great substitute for it. Cinnamon, nutmeg, ginger, and cloves are all ingredients in it.
This combination gives a warming taste to your dishes such as stews, meats, and rubs.

The mixture of cumin with allspice can be used instead of garam masala in many dishes. This combination offers you a great flavor for many recipes since cumin is an aromatic spice and allspice contain different spices.
This mixture has a similar flavor and aroma to garam masala.

One of the most common spice combinations that can be a good substitute for garam masala since it contains many spices such as cumin, dry red chilies, a few mustard seeds, and coriander seeds.
You can make it easily at home and use it to add a special flavor to your recipes.

It’s a tomato-based sauce that contains chicken, garam masala, and other ingredients. It can be used as a good substitute for garam masala since it gives the same aroma.

If you do not have garam masala or you do not like its flavor, you can easily mix these spices together which are cumin, coriander, and cardamom, and use them instead of garam masala to get the essence of it.

Using spices in the cooking is healthful, especially Indian spices, which are loaded with various health benefits including weight loss. Eating foods with garam masala helps promote weight loss and helps get rid of some pounds.

Black pepper can keep your weight down by suppressing your appetite and boosting your metabolism. Additionally, garam masala contains phytonutrients, which play an important role in boosting metabolism, which leads to burning fat and losing weight.

If you want to burn fat efficiently, you need to eat foods that speed up metabolism. Another way to lose weight is to drink masala chai, which has a lot of health benefits and it’s an efficient drink for weight loss.

What is the difference between garam masala and curry powder?

Both spices are used to add flavor and color to recipes but the main difference is that curry powder contains turmeric, while garam masala does not. Turmeric adds a shiny yellow color to the dishes.

In addition, garam masala is usually added at the end of the cooking as a final seasoning, but curry powder is used during the cooking process.

Is garam masala safe during pregnancy?

If you are pregnant do not worry about eating garam masala since eating spicy food during pregnancy is safe.

But, it should be consumed in moderation to avoid any problems that may happen during pregnancy such as heartburn and digestion disorders.

Is garam masala good for the liver?

Yes, garam masala is rich in antioxidants, which help detoxify the liver and kidney and remove toxins out of the body and clean the liver.

To sum up, using spices in recipes enriches the flavor and changes the recipe completely. And if you want to use Indian spices, you will need to learn some skills to know how to use them correctly.

Believe me, you can completely change your dish by adding these wonderful spices. Garam masala was the star of the show in our article. Finally, my advice to you, just use this unique spice to enjoy delicious dishes and have health benefits as well.

Why Committed Females Drink Much More Than Their Own Single Alternatives